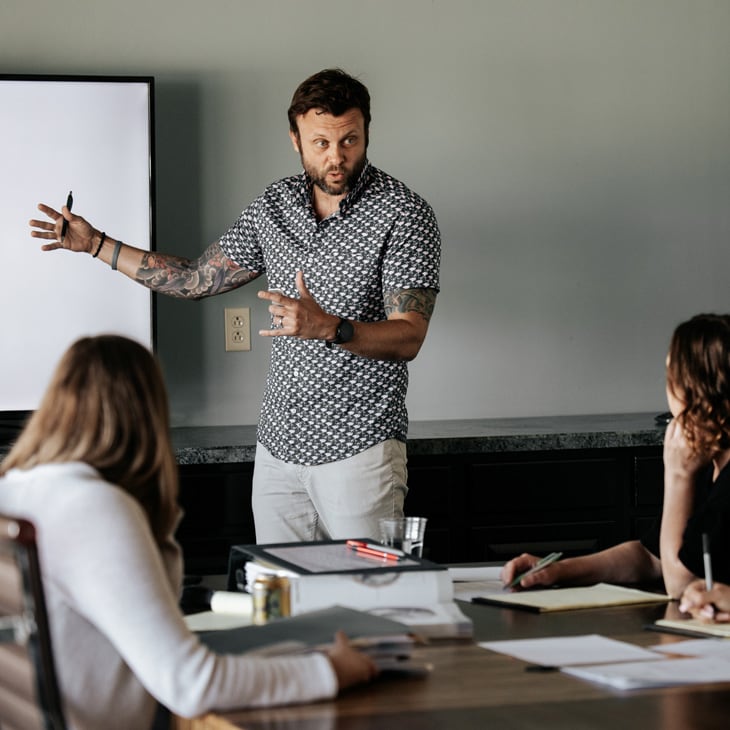 Suffering from a traumatic brain injury (TBI) can ruin someone’s life or dramatically and permanently affect it, depending upon the severity of the TBI.

If you or a loved one is undergoing treatment for a TBI caused by an accident, contact the Chesterfield County traumatic brain injury lawyers at The Commonwealth Law Group. We have many of experience helping seriously injured people recover compensation for their lost wages, medical bills, and pain and suffering.

If you have questions about your chances of recovering compensation for your injuries, do not wait to get answers. Contact us today to schedule a free initial consultation. Our brain injury lawyers will be waiting for your call.

What Is a Traumatic Brain Injury?

Traumatic brain injury is a term that describes several conditions that can be caused when someone suffers a blow to the head. TBI covers injuries such as concussions, closed head injuries, fractured skulls, and other injuries to the brain.

In almost all TBI cases, the injuries are caused by an accident or some other traumatic blow. TBI injuries can range in severity from mild symptoms that only last a week to the highest severity, where someone can be permanently damaged or even die from their brain injuries.

The symptoms of a mild-level TBI can be any combination of the following:

If someone suffers from a serious TBI and emergency medical treatment isn’t given quickly, the symptoms will increase in severity. The person could potentially die from their injuries.

If adequate treatment is received, over time, the symptoms will fade. However, in some severe TBI cases, people can suffer permanent injuries, including changes in their mood or personality. Sometimes, a TBI victim’s entire personality changes to the point that their friends and family can’t recognize them.

The Chesterfield County brain injury law firm The Commonwealth Law Group is here to help. We have the knowledge, skills, and resources to take on complex and difficult cases and fight for the rights of our clients to receive full and fair compensation.

If you have suffered from a serious TBI, you probably have losses and changes in your life. You should hire an aggressive legal team to fight for your rights to receive compensation.

Contact us today to schedule a free initial consultation. Our brain injury attorneys will be waiting for your call.

By its very definition, TBIs are caused by traumatic, violent accidents or incidents that cause a direct blow to the head of the victim. TBIs can happen in many types of accidents. Here are some examples of the types of incidents where our head injury attorneys have represented injured clients:

No matter what type of traumatic brain injury you may be facing, our experienced attorneys can help you to determine whether you might have grounds to file a claim with the liable party.

How a Brain Injury Attorney Can Help

If you or a loved one has suffered from a TBI, the best chance you have to receive compensation for your injuries is to immediately contact a traumatic brain injury attorney.

An experienced head injury lawyer will be able to investigate your case to determine which parties were negligent and hold those people or companies responsible. We will use investigators and accident reconstruction experts to demonstrate how the incident occurred and how you were injured.

We will also work with your medical providers to help demonstrate how seriously you were injured. They will be able to explain what types of treatment you’ve had and what your prognosis will be in the future.

Our head injury lawyers will communicate with the insurance companies involved and attempt to settle your case for a fair amount of compensation. But if that’s not possible, we will file lawsuits against the at-fault parties and seek compensation for your injuries.

Here are the different categories of damages that our traumatic brain injury attorneys will pursue compensation for:

Contact us, so we can use our knowledge and experience with TBI cases to help you get compensation.

How Much Will It Cost Me to Hire a TBI Law Firm?

Every case is different and may have different fee arrangements. However, most personal injury cases are handled on a contingent fee basis. This means that the client doesn’t pay anything upfront or any money out of pocket. The attorney will be paid a percentage of the compensation if the case is successfully settled or if we win at trial.

How Long Do I Have to File a Traumatic Brain Injury Lawsuit?

For most cases, there is a two-year statute of limitations on filing a lawsuit for injuries caused by someone’s negligence.

If you fail to contact an attorney to file a lawsuit within those two years, you may be forever barred from seeking compensation for your TBI injuries. This is why it’s important to contact an experienced Virginia personal injury lawyer as soon as possible.

What’s an Important Thing to Do After Suffering a Head Injury?

One of the most important things to do is seek medical treatment immediately. Don’t just assume that your headache, dizziness, and vomiting will go away on their own. Those could be signs and symptoms of a more serious TBI condition.

The sooner you see a doctor and get x-rays, MRIs, and CT scans, the sooner a doctor can treat you. Only then can you be safely on the road to recovery.

Immediately seeing a medical doctor also demonstrates the importance of your injuries and that they are actually real and potentially serious.

It also helps your case if you continue to follow up with your doctor and follow through on the prescribed treatment, including taking medicines, going to all rehabilitation appointments, and getting all diagnostic tests.

Our traumatic brain injury attorneys are waiting for your call. We are here to help you through this difficult time and provide honest answers to tough questions.

Contact us today to schedule your free initial consultation.