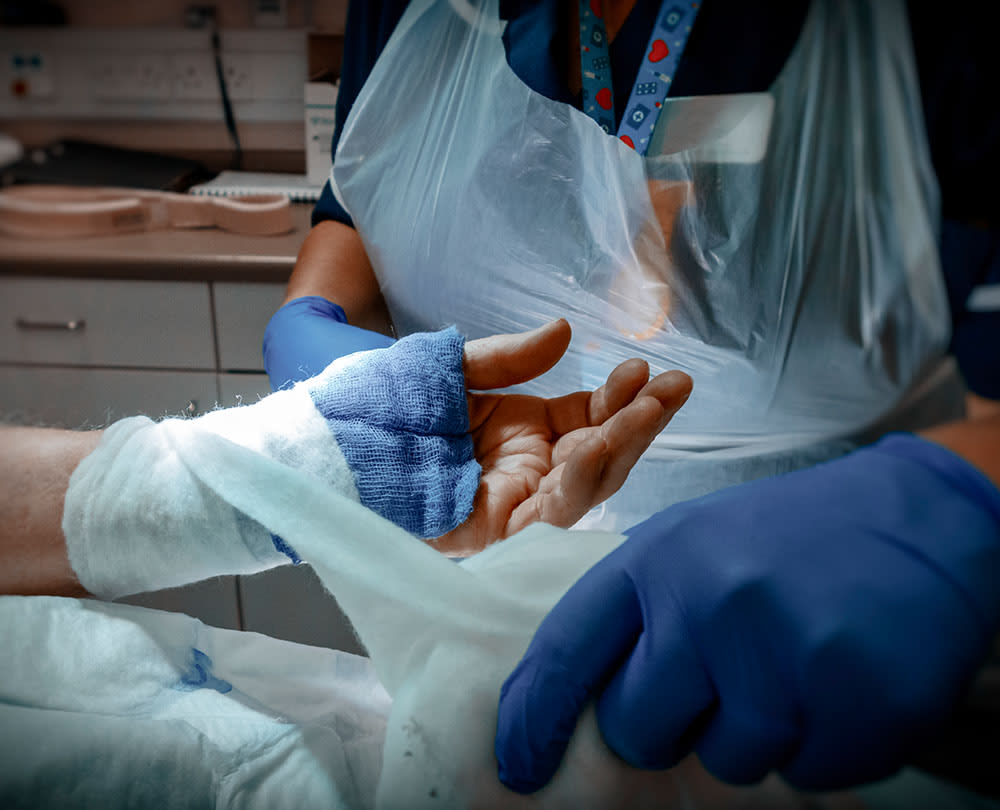 If you've been hurt in an accident, you might wonder if you're entitled to receive financial compensation. But how can you tell whether you should file an insurance claim or if your injury might be grounds for a personal injury lawsuit?

In civil law, a personal injury lawsuit is filed by an injured person against the individual or entity that caused their injuries as a result of negligence. The goal of the lawsuit is to recover financial compensation, called "damages," for the injuries and other losses the injured party may have suffered.

It's important to understand what factors qualify an accident as a potential personal injury lawsuit in the eyes of the law. Answering these three questions can help you make an accurate determination:

1. Are you physically or psychologically injured?

Scenario: You're driving to work. You're early, so you're not speeding or in a big hurry, just navigating traffic as usual. You aren't talking or texting on your cell phone and you aren't under the influence of alcohol or drugs. You're obeying all traffic laws. As you pass through an intersection with a green light, out of nowhere a tractor trailer runs a red light and T-bones your car from the right side, pushing it through the intersection and into a ditch. You're knocked unconscious. The next thing you know, you wake up in an ambulance going to the hospital where you stay for several days due to severe injuries sustained in the accident. Do you have the grounds for a personal injury lawsuit?

Yes, you do. Here's why: you were following the laws of traffic and were injured due to no fault of your own. You will incur significant hospital and medical bills as a result, and you'll likely miss time at work for which you may not be paid. Because the auto accident was not your fault, you have grounds to file a lawsuit against the tractor trailer driver. You should consult with an experienced personal injury lawyer to discuss your options.

2. Are your injuries due to the negligence of another individual or entity?

Let's continue with the above scenario: From the basic facts about the accident, yes, your injuries seem to be due to the negligence of another individual: the tractor trailer driver. That driver had a duty to follow the law and stop at the red light. Because he ran the red light and therefore didn't follow the law, he is negligent. The legal definition of negligence is "a failure to behave with the level of care that a reasonable person would have exercised in the same situation." A reasonable person would have stopped at the red light. The driver's negligence directly caused your injuries, which resulted in monetary damages in the form of hospital bills that you wouldn't have otherwise incurred.

3. Are there recoverable damages?

Again, continuing with the scenario: Yes, there are recoverable damages in the form of the hospital bills and any other medical bills you incurred while healing from the injuries the accident caused. Damages is the legal term for the amount of money awarded to the injured party in a lawsuit. Damages are paid by the responsible party (in this case, the tractor trailer driver) to compensate the injured party for his or her injuries and other losses he or she may have sustained. If your injury is found to be the result of negligence, you may seek damages that include:

The medical bills and lost wages represent economic damages, and are relatively straightforward to calculate. However, the non-financial damages such as pain and suffering are more difficult to put a dollar figure on. An experienced personal injury attorney can help you estimate that amount.